Video and audio recordings of my lecture for the Urban Systems course at Aalto University in February have now been produced.  While I was in Finland teaching in another department, I was asked to lecture on Smarter Cities.

Here’s the abstract that was sent in advance:

This speaker was a consultant at IBM involved in Smarter Cities engagements, while simultanously conducing research into Service Systems Science.

As a quicker reference, the slides may be useful if fast-forwarding to a specific section is desired. 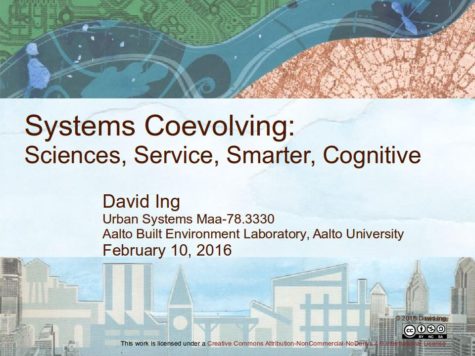 The slides are available on the Coevolving Commons.  The video is available at on Youtube.