At our home in South Riverdale of Toronto, we rarely seem to have power outages when others report them. Why might that be so?

(1) We live within walking distance of 8 electric substations. 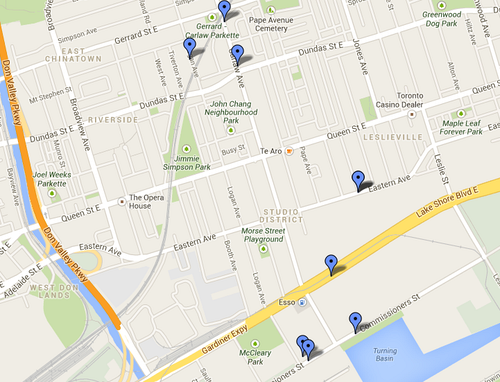 (2) At least some of the TTC is powered by equipment in a electric substation near us, on Carlaw Avenue.  There was a procurement order in 2004 as “Procurement Authorization – Replacement Of TTC Traction Power Equipment In Toronto Hydro Owned Substations“, so maintenance should have been performed relatively recently.

(3) Toronto Hydro has a 12-acre Service Centre at 500 Commissioner’s Road.  The Toronto Portlands Company saw this development as so important that it produced two videos on the project that started in 1994, originally a Shell Canada site since the 1930s.

Conclusion:  If the power is on for Toronto Hydro and for the TTC, Riverside (South Riverdale) should also have power!