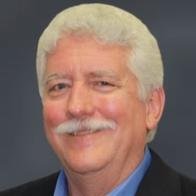 Inside IBM, Doug was leading the Business Architecture community, in our continuing battle for recognition with the Enterprise Architecture competency within IBM. With Martin Gladwell, we started a 3-person experiment with a blog, see http://coevolving.com/blogs/index.php/about/ . That push led me to externalize my learnings in the open, even to today.

Doug also introduced me to Jim Spohrer, leading to immersion into the emerging science of service systems, with the ISSS 2005 meeting.

After IBM, Doug and I did stay in touch. We would have occasional web meetings. When I was visiting in Silicon Valley, we would find a midway point restaurant from Elk Grove to meet in person.

Doug was a good friend, and great connector to individuals with deep knowledge and integrity. It’s only in now writing this remembrance that I recall the influences he had on my professional development.

Doug’s work shows up on Google Scholar.  Hey, there’s a 2018 paper that I hadn’t seen before!  He always was a reflective practitioner who left breadcrumbs for others to follow.  His enterprisology web site has been replicated on the Internet Archive, so those curious about his intellectual contributions will have an entry point.

My philosophy has been that every time I see someone, I appreciate that it could be the last time that I will share time with them.  Doug was always generous with his time, and was always looking into new technologies and considering their impacts on society.  He will be missed.