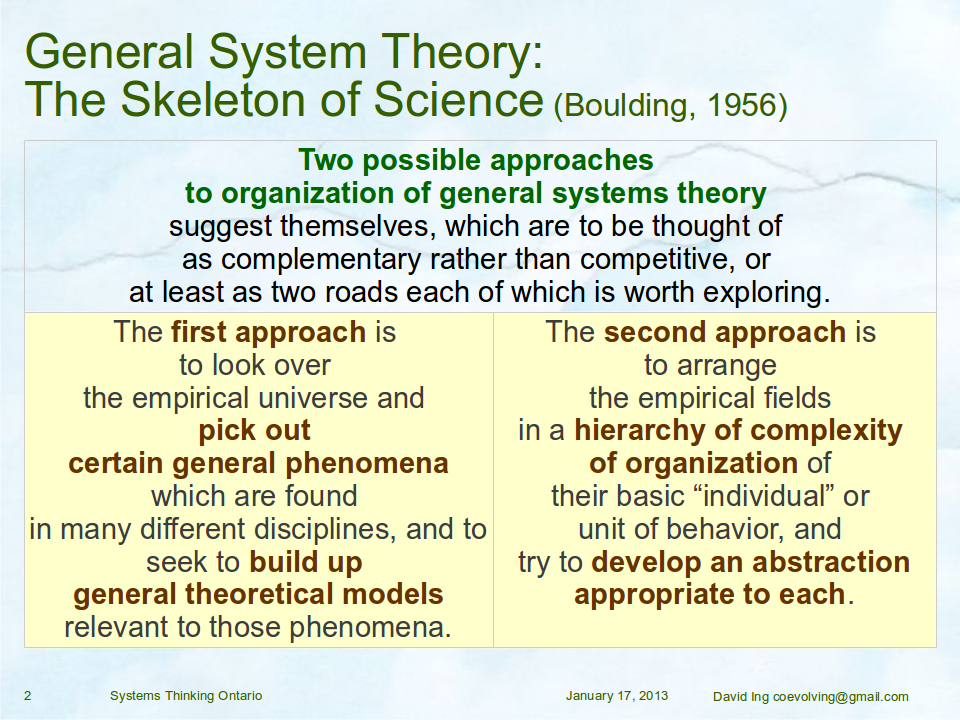 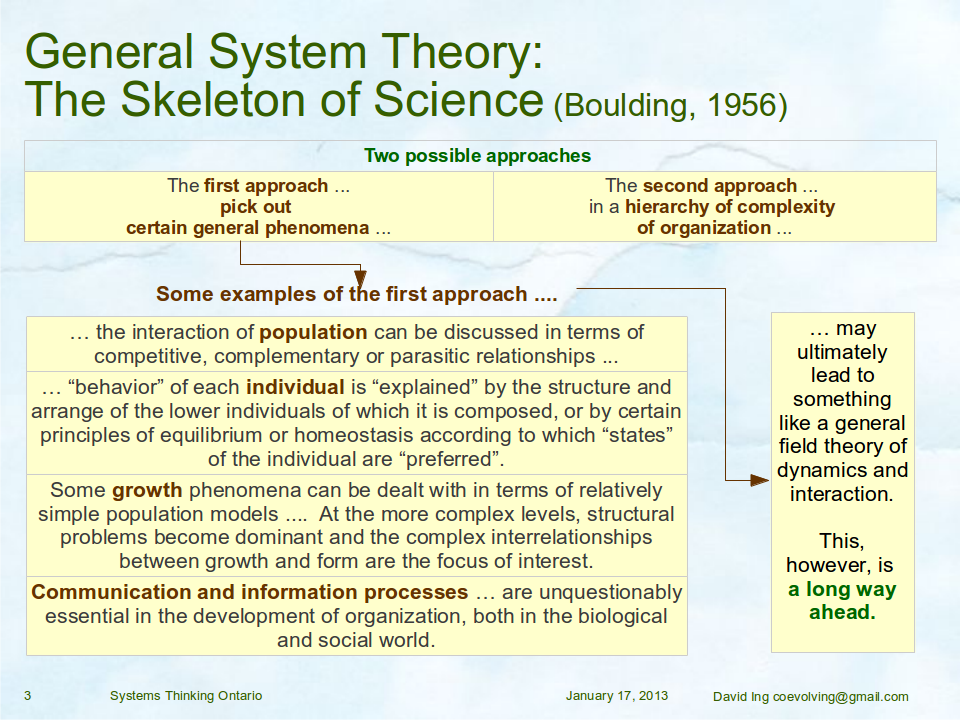 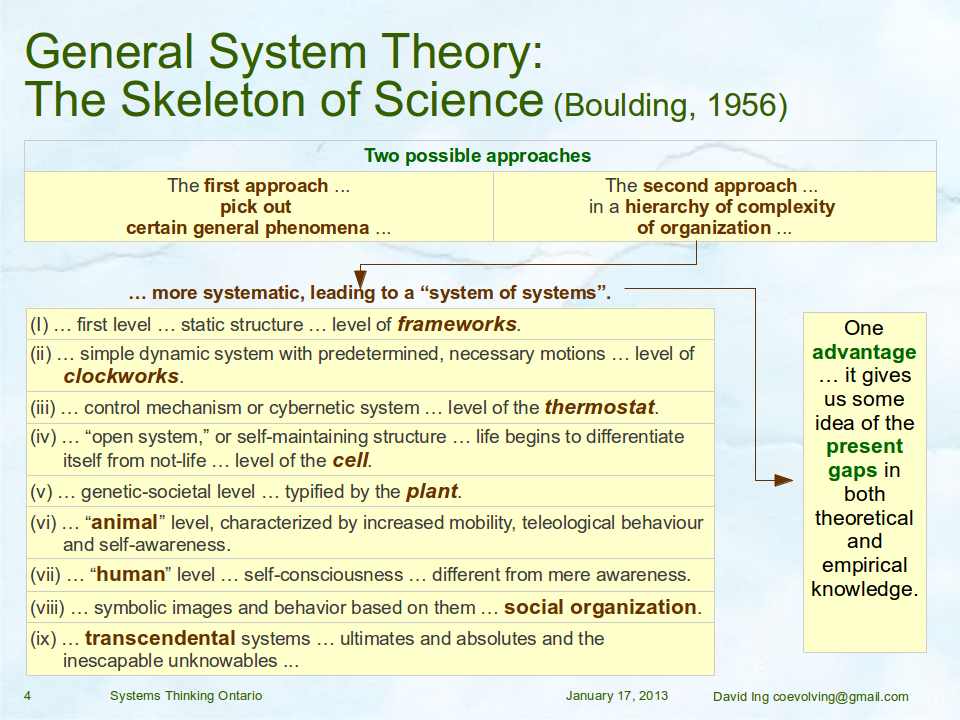 In the second approach, Boulding proposed a hierarchy of complexity — of (i) frameworks, (ii) clockworks, (iii) thermostat, (iv) cell, (v) plant, (vi) animal, (vii) human, (viii) social organization, and (ix) transcendental systems — that was more systematic.  This “system of systems” had the advantage of giving some idea of gaps in both theoretical and empirical knowledge.

Antony Upward served as the first commenter on the article.  His comments were framed in three parts:  (i) how far we’ve come (since 1956); (ii) how far we’ve got to go; and (iii) how much we’ve learned in the 60-plus years since Boulding published.

Allenna Leonard served as the second commenter, with ideas and additional pointers to references:

To increase bandwidth on interpersonal communications, the large group them broke out into smaller discussion groups.  Reporters were asked to keep a few notes on the trail of their discussions. On behalf of his discussion team, Goran Matic reported: In another group, Melissa Daly-Buajitti reported: Carl Hastrich was the reporter for the third discussion breakout group.  He’s incorporated some of their conversation into his reflections on “Beginning to Learn Systems Thinking” particularly on “normal versus post-normal science” and “hard systems versus soft systems”.

To extend the discussion, the formal meeting adjourned at 8:00 p.m. to a casual restaurant on Baldwin Street for continuing informal conversations.  Mixing up the group, we each had the opportunity to appreciate the contexts from which participants were coming, in their journey on systems thinking.

The format of System Thinking Ontario meetings will evolve from this first session.  The program, as designed, seemed workable.  Having a suggested a pre-reading and then opening with a summary review created a common context for the thinking (although some attendees missed the web links that pointed to where a softcopy of the reading might be found).  Having two commenters — loosely coupled, without prior coordination — opened up the discussion to the larger focus question.  The breakout discussion groups increased bandwidth for sensemaking.  Asking for volunteer reporters required a little arm-twisting, and should be less of a surprise in future sessions.  The desire for continuing conversation beyond the short breakout period was satisfied (for most) by adjourning to a quiet restaurant.  While the facilitators were prepared with flipchart and marker supplies, these proved unnecessary.  Convening the meeting in a large circle, breaking out to smaller circles, and then rejoining in the larger circle for sharing — without large scale visual aids — seemed natural.

The Systems Thinking Ontario meetings are being scheduled monthly.  The setting is adapted from Design with Dialogue practices, with more self-organization and less facilitation.  As more participants become comfortable with the styles and roles, it’s natural that the meeting will eventually fall into a regular pattern for sharing.