Researching the philosophical foundations of systems theory to understand the meanings of “causal texture, contextualism, contextural” from the Tavistock legacy led to philosopher Stephen C. Pepper.

The philosophical lineage and contributions of Pepper were the focus for the January online meeting of Systems Thinking Ontario.  A deep reading of Pepper’s work (over a month!) was digested on a wiki site on the Open Learning Commons at http://wh.daviding.wiki.openlearning.cc/view/welcome-visitors/view/world-hypotheses .  That is better as a reference resource than an easy explanation.

The online meeting began with usual self-introductions.  After 15 minutes, a quick overview of the wiki site was reviewed, interjected with clairifying questions by Zaid Khan, and moderation monitoring by Dan Eng.  Participants were engaged in making sense of the World Hypotheses as a precursor to systems thinking, continuing for well over an hour.

This recording of the session is available on Youtube, as well as on the Internet Archive .

A standalone audio was extracted from the video.

Participation in this discussion was intended more to provoke thought and conversation about philosophical framings inherent in the evolution of systems thinking, than to explicate with the intricacies of an American pragmatist taking a position against logical positivism in the 1940s.

Here is the original abstract sent in advance.

The Socio-Ecological Systems Perspective from the Tavistock Institute (and not necessary the Social-Ecological Systems perspective of the Resilience Alliance) has a foundation in Contextualism, originating from Stephen C. Pepper with World Hypotheses: A Study in Evidence (1942).

Towards an appreciation of this body of work, David Ing has produced a federated wiki site at http://wh.daviding.wiki.openlearning.cc/view/welcome-visitors/view/world-hypotheses

The January 9 session will see David Ing roaming over the wiki site, with Zaid Khan serving as an inquiring critic to improve understandability.  Dan Eng will moderate questions and comments from the audience. 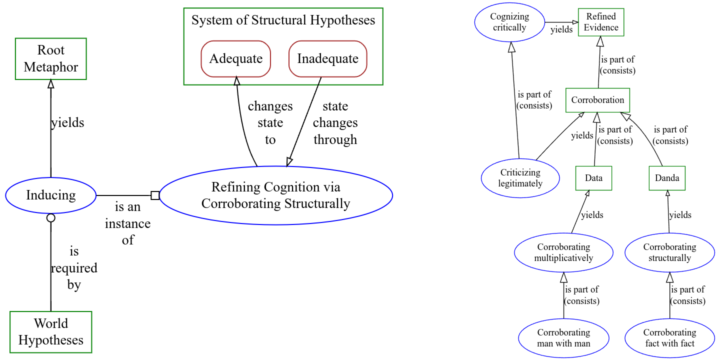