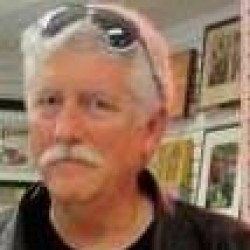 I like to think that much of what we do, even in business applications of technology, is about desires. Or, in the words of one of our IBM colleagues Sukanya Patwardhan, maybe it is about dreams.

What is it that gets right to the heart of what a user of technology aspires to? What can fulfill their human desires for success? How does this trace back to the levels of the Maslow hierarchy, from physiological survival to psychological actualization?  Read more... (480 words, estimated 1:55 mins reading time)

I’m writing this as a response to one of David’s comments , where he noted the dark cast of my first posting on this site.

I agree that there is a kind of serious cast to that post, where I talk about the complexity and uncertainty that managers face.  This prompted David to comment about the pain-relief school of management consulting.

However, I did mention the notion of sustainment, and this was meant in the most positive way, as an indication of the mutually life-sustaining relationship among human beings and their institutions.

I’d like to go a little further and propose the thought that enterprises may be a source of joy, and may even be thought to experience joy.  I credit this notion to one of our IBM colleagues, Sukanya Patwardhan.  As part of an extended discussion, I introduced one of my standard themes, which is that human social systems are fundamentally living systems , which, as usual led to a health care analogy.  Sukanya pursued this point further by saying that maybe what we should be concerned about is not simply healing, but rather to foster well-being in enterprise institutions.  She further said that as services professionals we should go beyond feeling our clients’ pain, but rather share their joy.  Read more... (333 words, estimated 1:20 mins reading time)

Technological tools and organizational methods have been coevolving rapidly over the past two hundred years as the world’s population has grown from an estimated one billion people in 1800 to six billion people in 2000. Technological tools, ranging from steam engines to electricity, from automobiles to airplanes, from telephones to computers are all ways of helping people accomplish work. Organizational methods, ranging from factories to assembly lines, from M-organizations to franchises, from call centers to outsourcing are ways of organizing and managing people and other resources to accomplish work. The rapid coevolution of these technological and social innovations creates a number of challenges for businesses and other enterprises.

The world of business today is increasingly competitive and uncertain.  Managers are faced with decisions about outsourcing and cost cutting, business process integration and productivity, partnerships and investments for growth. These are issues at every level from departments to business units, from enterprises to industries, and from regional to global economic planners.   Read more... (452 words, estimated 1:48 mins reading time)