With recent invitations to mentor graduate students, I’ve had to more strongly assert my identity as a scholar-practitioner.  It’s now been over 10 years since I “graduated” from a career at IBM of 28 years.  University students are often amused to discover that, besides having spent a lot of time around universities, I first entered a Ph.D. program in 1982.  When I met my future spouse, I was a doctoral student.  Many years later, I’m still a doctoral student.

My colleagues in the Systems Changes Learning Circle have surfaced an interest in humility.  This reminds me that in spring 1982, I met with Edgar Schein in his office at the MIT Sloan School of Management.  (In the end, I was #2 on a list of 1 for admission into the doctoral program on information systems research, so my life took a different path).

The ties from organization development back into systems theory surfaced in a 2021 interview with Ed Schein.

[35:30 Chris Rainey] Ed, I’ve seen you speak quite a few times, now, about diagnosis versus intervention. Could you share more of your thoughts on this, because I found it very interesting.

[35:42 Ed Schein] Well, I think, the thing that we haven’t yet come to terms with, is a phrase that important philosopher by the name of [Sir Geoffrey] Vickers stated, is the human systems are different.

[35.99] Human systems are not amenable to physical science diagnosis, research, testing experimentation. The minute we try to intervene in the human system, we discover reactions and consequences. So, diagnosis, as an offshoot of research, is something that may work in biology or physics or chemistry, but is it absolutely impossible to do in the human system.

[36:37] So I need to know stuff, so I have to intervene in such a way that it will produce knowledge. And to call that research is really ridiculous, because the researchers in charge controls everything.

[37:00] The interventionist starts with humility and says, how can I — like Captain [David] Marquet [author of “Turn this ship around”] — create a situation where I will learn what I need to learn.

[37:08] So the ethics of intervention have to guide that process.

[37:13] What can I say or do, that will not offend people, it will interest them that will get them to open up? That, as a way of diagnosing is legitimate, but it’s informed not by the needs of the diagnostician. It’s informed by the ethics of the interventionist.

[37:38] It’s what I say and do, as an effect, and I want to do it in such a way that I will get the diagnostic information I need.

[37:49] The doctor has to build the trust of the patient, that the patient will actually tell truthfully what’s going on, or there’ll even be a wrong diagnosis. I think that medicine is learning very quickly this idea of doctors building a humble level to relationship — I say level 2, in contrast to level 1 pure just diagnostic role related, versus level 2 personalized intervention humility we’re in.

Without invasive procedures, a doctor gains insight from the patient (or his/her caregivers).  The diagnostician is not the interventionist.  This comparison of organizational consultation leading to humble inquiry comes through in a personal career review by Schein in 2019.

The issue is: In any given situation, do we ask or tell? And if we are wise enough to ask before telling, in what way do we ask? Does asking serve a special function in the communication process? The answer to these questions is, I realize, the key to my last 60 years of work.

The Work of the Scholar/Practitioner

The ideas that constitute the answers to these questions were not invented by me. They were empirically forced onto me by the various kinds of good and bad experiences I had as a teacher, consultant, human relations trainer, coach, and helper. Observing experience closely, analyzing it, categorizing it, clarifying it, and eventually developing concepts to explain it has been my forte and preferred method of studying interpersonal, group, and organizational dynamics. Though I started as an experimental social psychologist, I realized early that the traditional scientific methods inherited from the physical sciences did not lend themselves to studying human behavior. At the same time, I was always intrigued by Kurt Lewin’s assertion that you do not really understand an organization until you try to change it. Becoming a T-group trainer and designer of workshops showed me how applicable that observation is at the personal and group level. In turn, I comfortably took on a new identity, that of scholar/practitioner.

I came to call the scholarship side of this identity clinical inquiry, and I published a small book and several articles on that method of research.1 The practitioner side of it involved continuing to do various kinds of consulting and to introduce experiential methods into the classroom. I found that becoming an interventionist was consistent with being on the faculty at a school of management, in the sense that if management is anything, it is the craft of “intervention.”  [p. 10]

My arc of learning was created by the discovery that there are many different ways to intervene and that one of the least effective is to tell -– to give advice, to make recommendations, even to step in as surrogate leader or manager. My clients taught me early on that they did not want my advice, they wanted help, and that advice was generally not helpful for two important reasons: (1) they had already thought of it, and (2) they had rejected it because it would not fit into their culture, i.e., it could not be implemented. It was my good fortune that these clients, such as Digital Equipment Corporation (DEC), taught me what is really helpful, which is to aid the organization in doing more effectively what it is trying to do –- to improve its interpersonal, group and organizational processes.2

To my amazement, books on communication spend a lot of time on listening and on communicating clearly, but contain hardly a word on asking. Yet if you don’t ask good questions, there is nothing to listen to. I devoted a chapter in Helping to different forms of asking and decided that this chapter really required expansion into a book. I came to this conclusion based on the frequency of being told things gratuitously and my discovery that I did not really like being told things. Yet we live in a culture in which telling things is valued, while asking is a sign of weakness. I also discovered in my work on safety that many accidents result from a failure of upward communication. Not only is it inappropriate in our culture to tell the boss he or she has a problem, but bosses typically create a climate in which it is not safe or prudent for subordinates to speak up. Many messengers get shot, more messengers get ignored, and often the boss says, “Don’t bring me a problem unless you have a solution.”.  [p. 13]

In the organizational engagements where Schein has been involved, the interventionist would be a manager or executive.  The individuals with knowledge are workers or employees who are impacted.  In non-corporate environments, the roles might have different titles, yet the separation between those closest to the knowledge and the decision-makers who invoke policy may exhibit similar dynamics.

Let’s make sure that we have an authentic understanding of what Vicker’s specification that “human systems are different” means.  Human systems are a subype of animal systems.  A subtype has more properties than a supertype.  Thus a human system is an animal system … with additional properties.  Animals may have the capability to pick up tools in their natural environments, and use them, e.g. a chimpanzee can use a stick to rummage for insects.  Human beings created more complex artifacts as technology, that has led to the anthropocene.

Sir Geoffrey Vickers said, in a 1978 recording in the Open University archive:

These systems, certainly at the human end are almost all extremely unstable. And they’re mostly unstable because of the destabilizing effect of this one element in the whole thing, man. And we destabilize them because the monsterous magnifyined powers of technology are not balanced and probably cannot be balanced by any corresponding understanding of the effect of what we’re doing. So although we have enormous powers of change, we have very, very limited powers to change in a predictable way.

We probably can’t know even in theory what those limits are. And the one limit we do begin to know is the opposite of what we knew before.

The preedisposition of the Systems Changes Learning Circle is to inquire not only into human systems, but also the ecology as a texture into which multiple lifelines — both human and non-human — interweave. 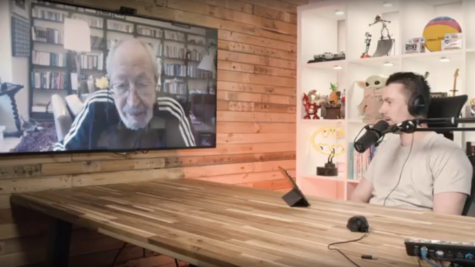